What actually works in garnering likes, comments and shares on Facebook pages? Darren Barefoot and Theo Lamb analyzed 1000 posts from large environmental NGOs and are keen to report their findings. Learn who’s doing Facebook well, and what really works to increase engagement. 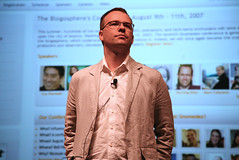 ABOUT DARREN BAREFOOT
Darren Barefoot is internet famous. He has an honest-to-goodness wikipedia page.
He likes to play on the internet. He’s tweeted more than 17,444 times and it has been suggested that he’s Reddit’s biggest booster. Plus he’s co-written several books, the latest of which is Friends with Benefits: A Social Media Marketing Handbook.

Theodora’s passion for non-profit causes led her to work in social media where she helps to strengthen online communities. She works with several organizations including the BC Children’s Hospital Foundation as an online community manager and with Mountain Equipment Co-op’s TheBigWild.org on wilderness protection across Canada. She’s also developed online communities for the BC Mental Health & Addictions Services, the Women’s Health and Research Institute and the Asia Pacific Foundation. Theodora’s background in radio and television allows her to bridge her passion for storytelling, media and the web and when she can, she loves to write about redheads.

OUR SPONSOR
Net Tuesday is thrilled to have the W2 Media Cafe as our venue sponsor for the 2012-2013 season.

They do cool things. Check them out!