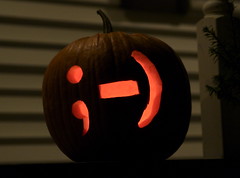 What I did at NetSquared in October 2012

October is here! This is going to be a big month for NetSquared. Not only are we going to be holding three regional camps, but there’s also 18 local meetups scheduled and a major local organizer-focused update to the NetSquared platform.

There are three NetSquared camps scheduled for October:

And in November there will be two more:

The seventh release of the NetSquared platform is now live. It includes several new features including notification feeds (Facebook-style!) and NetSquared camp pages which appear as green dots on the local map.

What comes next? A major revision of the local organizer pages, to be rolled out October 23, 2012. Hopefully that will solve some of the ongoing bugs y’all have been struggling with, including an unpredictable meetup integration and hunt ‘n peck map icons. 🙂

A quick scan shows 18 events happening across the NetSquared local network. Did I miss any? I think our local organizers have put together an impressive lineup. 🙂