Governments around the world are experimenting with social media as a site of civic engagement. Online public participation is a young field however, and little is known about the benefits or limitations of these projects. Key issues that must be considered include anonymity, privacy, government activity in privately operated spaces, demographic diversity, delineating between crowd-appropriate and expert-appropriate tasks, community building and more.

Vancouver was recently the home of an innovative Facebook based public conversation. Hundreds of Vancouver residents and commuters participated in a July 2011 Facebook conversation about the City of Vancouver’s Transportation Plan. Using a uniquely developed Facebook app, this ground breaking social media conversation asked Vancouverites to share their own commuting stories, learn about key issues, propose transportation recommendations to the City. This project was both an innovative engagement exercise in partnership with the City of Vancouver and it was the focus of Susanna Haas Lyons’s masters thesis research with the University of British Columbia.

The City has already written a response to recommendations resulting from the conversation, and these ideas will be considered for integration into the City’s draft transportation plan. Results of the research are emerging. 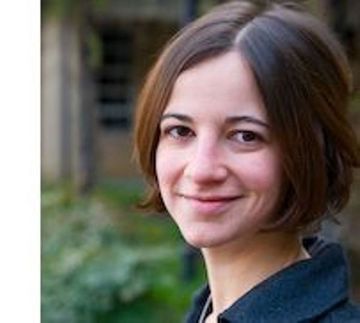 Susanna Haas Lyons is a public engagement specialist who develops strategy and provides training for better conversations between the public and decision makers. Bridging online and face-to-face methods, Susanna has worked on some of North America’s largest and most complex citizen engagement projects. Currently, Susanna is researching collaborative policy development, with a focus in digital engagement practices, at the University of British Columbia’s Institute for Resources, the Environment and Sustainability. She is also a senior network associate with AmericaSpeaks, a global leader in large-scale public participation. Previously, Susanna was project coordinator with the British Columbia Citizens’ Assembly on Electoral Reform, which was shortlisted for the prestigious Mohn Prize. She holds a certificate in Public Participation from the International Association for Public Participation, and is an advisor to the Alberta Climate Dialogue project.

Net Tuesday is thrilled to have the W2 Media Cafe as our venue sponsor for the 2011-12 season. They do cool things. Check them out!